Dateline: Calgary, Alberta. Law Enforcement officer Sgt. Harry Carruthers, on patrol on a typical day with his dog Beastly, was alerted when Beastly suddenly stopped, ears erect and nose twitching rapidly. They had been tracking the suspect for more years than they cared to remember without a single sighting. The hair on Officer Carruthers’s neck rose and his blood turned cold in anticipation.
Beastly uttered a low growl and the hair on his back was stiff with fear.
Harry had a photo of the suspect which he carried in his breast pocket, although in the 50 years he had been tracked, nobody had actually seen the criminal. Could this be the time they had all been hoping for?
The suspect lay, apparently dead, under bushes and in dank, moldy grass. He removed the memorized photo again from his pocket and studied it. The size, color, thickness of tail and length of claws seemed correct. Yep, this is a rat!
Sgt. Carruthers of the Rat Patrol was elated and careully placed the rat into a plastic container. Henceforth it would be known throughout the territory as “Medicine Hat Rat”, and his plastic container labeled “Rat under Investigation”, so that by checking the website, people would know what to look for, and learn possible means of eradication.

Beastly found the first one. Since then there are over 200 sightings annually, and about 4-6 turn out to be the real thing. Canada has saved 1 billion dollars over 50 years in property and crop damage and health care. Now they are helped by infrared cameras, much as Canada tracks rampant raccoon traffic.

Recently, as Carruthers and Beastly were out on patrol, Beastly stopped in full trot and came to a point and the hair on Carruthers’ neck rose once again. Inspection reavealed it to be a muskrat. 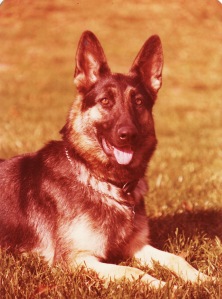 Some stories are true that never happened.” Elie Wiesel