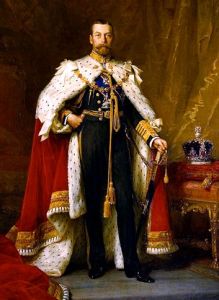 When alliances change, there is a period of adjusting values and, in some cases, even names. Divorce is a good example. A certain cousin discarded her married name, and went so far as to change her children’s names as well.

Things become more complicated when you are king. Britain and Germany had long been friends, while Britain and France were perennial enemies. You don’t want the rest o the world think you are still friends with the new enemy, so the best thing to do is to change your name and those of the rest of your family. Many of the British royal family, including the king’s family, were of German ancestry and had German relatives still on the continent. With World War 1, France became the ally and Germany switched places and became the hated and godless enemy. Suddenly it became important for British royalty to dump their German names and get more British-sounding ones.

On July 17, 1917, a mass scramble to change names took place with King George V leading by example, dropping Saxe-Coburg-Gotha (which was actually a title rather than a name.) Nobody knew what his surname was in any case. He adopted the British sounding name of Windsor, and much against their will, the rest of the family were also quickly de-Germanized. 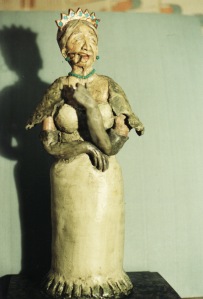 The former Prince Louis hated his rather inelegant title and the reason for it. ‘I am English’ he told King George, ‘and if you wish me to become Sir Louis Battenberg, I will do so.’ He absolutely dismissed the idea of becoming Mr. Louis Battenberg as impossible. He had hopes of a knighthood, which was not forthcoming, so henceforth, Prince Louis, formerly sporting the original name of ‘Louis Francis Albert Victor Nicholas Prince of Battenberg’, would be a marquess, and Battenberg a cake.

There is no word as to how the rest of the family took to their new names.

18 thoughts on “CHANGING THE KING’S NAME”