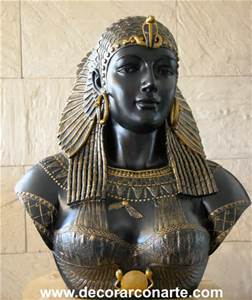 It’s difficult to get a handle on what Cleopatra actually looked like since most images tend to look like Elizabeth Taylor. But history gives us a pretty good idea of what life was like in her reign.

It seems that she was a very rich lady. On one contemporary list she appears as the 22nd richest person in history, well behind John D. Rockefeller and Tsar Nicholas 11, but ahead of Napoleon and J.P.Morgan. She is assigned a net worth of $95.8 billion which is nothing to sneer at.

In spite of having all this money, she had no standing army and was thus both coveted by and vulnerable to Rome.

The Ptolemaic system (the Ptolemy’s, were Cleopatra’s dynastic family and the rulers of Egypt) and has been compared to that of Soviet Russia; it stands among the most closely controlled economies in history.

How did she get so rich from being a farmer? Easy; she controlled the land and had functionaries who determined and monitored its use. Only with government permission could you fell a tree, breed pigs, turn your barley field into an olive garden. You faced prosecution if you planted palms without permission. The beekeeper could not move his hives from one district to another as doing so confused the authorities. It probably confused the bees too.

No one left his district during the agricultural season. Looms were checked to make sure none was idle and thread counts correct. (No wonder Egyptian cotton sheets cost so much.) It was illegal for a private individual to own an oil press or anything resembling one. (So much for anyone trying to press a little olive oil for a Caesar salad for dinner.)

It was frequently broadcast throughout Egypt the reassuring message that ‘nobody is allowed to do what he wishes, but that everything is arranged for the best.’

Unparalleled in its sophistication, the system was hugely effective and, for Cleopatra, hugely lucrative. The greatest of Egypt’s industries—wheat, glass, papyrus, linen, oils, and unguents–essentially constituted royal monopolies. On those commodities Cleopatra profited doubly.

The sale of oil to the crown was taxed at nearly 50 percent. Cleopatra then resold the oil at a profit, in some cases as great as 300 percent.
If an item could be named, it was taxed. Owners of baths which were privately owned, owed the state a third of their revenue. Professional fishermen surrendered 25 percent of their catch, vintners 16 percent of their tonnage. Cleopatra operated several wool and textile factories of her own, with a staff of slave girls.

How wealthy was she? Into her coffers went approximately half of what Egypt produced, and they produced a lot.