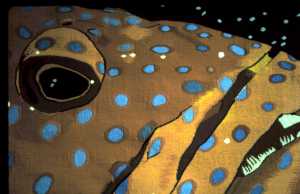 Would you be better off not knowing?

Baby flounders look like any other normal fish, swimming upright with one eye on each side of their face. Then they undergo a bizarre transformation: one eye migrates to the other side of the face. It’s like a fishy facial reconstructive surgery. No scalpels or sutures, though I haven’t talked to anyone willing to try it out.

While you’re digesting that information, it doesn’t take long to accomplish this act. Five days in some cases and less than one day in some species. If a fish can have an awkward adolescence, this is it.

In exchange for this indignation, flounders get fabulous binocular vision. Great if you were scuba diving. You would have advance notice of any possible predator coming your way. Binocular vision would be useful for a lifestyle of lying in wait on the bottom of a sandy or stony bottom dressed in incomparable camouflage watching for an opportunity to snatch an unsuspecting shrimp or other unfortunate passerby. 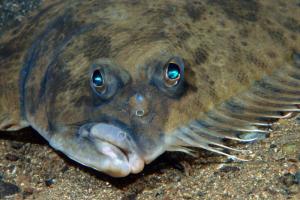 In addition to the miracle of vision exchange, flounders have the enviable ability to mimic their background. Think of the advantage this might bring to those of us humans who might prefer to remain in the background? In a high school biology example of a flounder who had been placed on a checkerboard, the change began within minutes; the flounder had produced a believable rendition of a checkerboard on its back.

This ability to mimic background by changing their distribution of skin pigment is poorly understood. If one of the flounders’ eyes is damaged or covered by sand, they have difficulty matching their colors to their surroundings, which hints at some level of conscious control by the flounder. These guys may be smarter than we give them credit for.

My grandson is a wildlife biologist, and a world class fisherman. I wonder if he knows all this.

Selected from new book What a Fish Knows by Johathan Balcombe 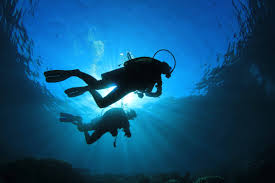 Moonlight glistening on the quiet water
as I slide noiselessly into its
dark protective environs.

Our headlamps look like
a busy nighttime L.A. freeway.
Everybody going somewhere.

A slender tether keeps me from
drifting off into the Pacific Ocean.
No reef, just open sea another 3,000 ft. down.

A moving galactic sprawl with
Jellies waving their arms to attract the
pelagic horde throbbing like my beating heart.

Do they mind that we have invaded their space?
We don’t belong in this world.
How do you avoid feeling that you are bait on a line?

In this dark and secret place
the largest animal migration on the planet, yet
freeway traffic continues unaware.

The boat is alive with quiet reverence.
And Pink Floyd playing “The Dark Side of the Moon”.