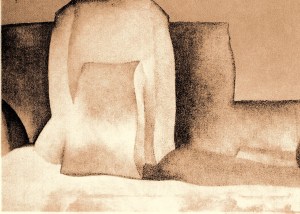 It’s entire name is “San Francisco de Asis Mission church and it has stood in the plaza in Ranchos de Taos, New Mexico since 1816. Possibly one of the most photographed churches in the Southwest, its rear view has attracted the attention of artists from all over the world because of its smooth sculptural adobe form.

Ansel Adams used the church as part of his Taos Pueblo art book Georgia O’Keeffe described it as one of the most beautiful buildings left in the United States by the early Spaniards. I have been fascinated by its colonial era beauty since I first came upon it in the 1960’s. I have painted it many times in watercolor, oils and acrylic and it changes each time, and each time I paint it, I love it more. 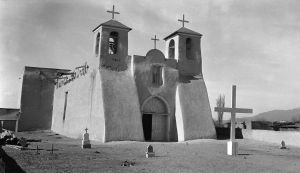