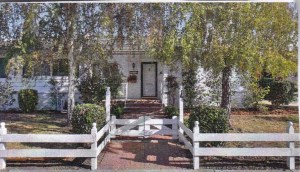 Our expectations exceed the return in so many ways. For instance, when you step into my house, I expect you to speak English. Sometimes that doesn’t happen, but when I venture into YOUR house, I don’t speak your language either. This leads to confusion on both parts. Ours is still an English-speaking country, though I appreciate that this is hard to understand for many newcomers.

A teacher friend told me of a recent arrival from another country who was upset because her child was not being taught in their native language. I am reminded of an elderly Italian friend who came to this country at the age of 7 knowing no English, nor any English-speaking friends. She quickly learned the new language by listening and using sign language.

Some years ago I wanted to make a goose liver pate for a party, so I went to a likely looking market in Chinatown. As it turned out, no one spoke English and I spoke no Chinese, so I resorted to sign language. I pointed to the barbequed ducks hanging along a wall and flapped my elbows while loudly quacking like a duck. I wasn’t sure how to honk like a goose.

Two or three people came out of the kitchen, smiled and looked bewildered. It was the lunch hour, and soon someone came carrying trays of fried delicacies while smiling and pointing me to a plate and encouraging me to help myself. They all shook their heads when I offered to pay. I guess it was in return for the entertainment I had given them with my duck act. All of which shows that a smile can get you a free lunch. I did not get my goose liver from them however.

For many years we hosted a backyard block party, inviting neighbors from up and down our street to come. Everyone brought a plate of food, sometimes a recipe from whatever country they had come from.

I learned a lesson on one occasion when I introduced two people from China to each other thinking they would have a common tie. They laughed and said they did not understand the language of the other. Later I discovered the same thing from members of my Tai Chi class, most of which had come from either China or Taiwan. It was a good learning experience for me. We need to understand one another in some way if only by language.

We are criticized for not welcoming newcomers to our society, but nothing is done to encourage them to adapt to our customs. New communities are being built with houses of many small rooms to accommodate families of several generations; children, working parents, and grandparents to care for the children. This is the norm in many places, tying into their comfort zone. 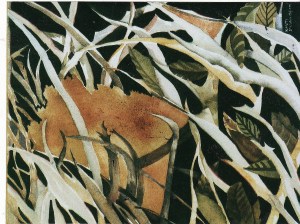 This painting of intertwined elements illustrates our society of people from all over the world. A confused mass without any connection to one another.

There is more to being a good citizen than minding your own business. Learn our language and let us learn your customs if possible.