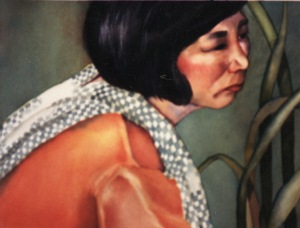 The Japanese period began with teaching my Campfire Girls troop about children’s holidays in Japan. There were many little Japanese friends while growing up in Long Beach, California, and it was fun to hear about “Girls and Boys Day celebrations. When a CampFire Girls troop opened up it seemed like a good project to teach them about children’s customs in Japan, so a lot of study began on my part first.

What started with the CampFire group, extended to studying the language, and to the decoration of a new home and garden. 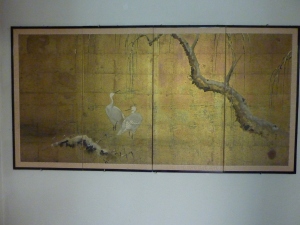 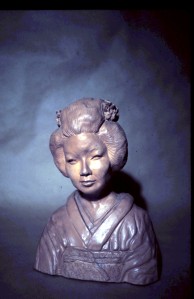 While we tore the house apart and rebuilt, restored and re-imaged it, we began to tackle the flat, uninteresting patch of grass in the backyard. We suggested a swimming pool, but our girls said they would rather go to the two neighborhood pools where their friends swam.

San Francisco has a world famous Japanese garden which we frequented often getting ideas for a garden of our own. It had to begin with a pool of course, and Dr. Advice spent many evenings after work digging. The hole was soon about 4′ deep, 12′ long and 8’wide, so I suggested he stop. Ultimately, there was another pond with waterfall at the other end of the yard, and a red moon bridge over the larger pool, leading to a small teahouse among the trees at the other side. A wooden finial on the top of the roof was carved by a woodcarver friend. We were indebted to our late brother-in-law and another friend for joining us in all the digging, hammering and celebratory beer drinking after the job was finished. Our good friend Tak Fudenna helped us get rocks and offered suggestions. 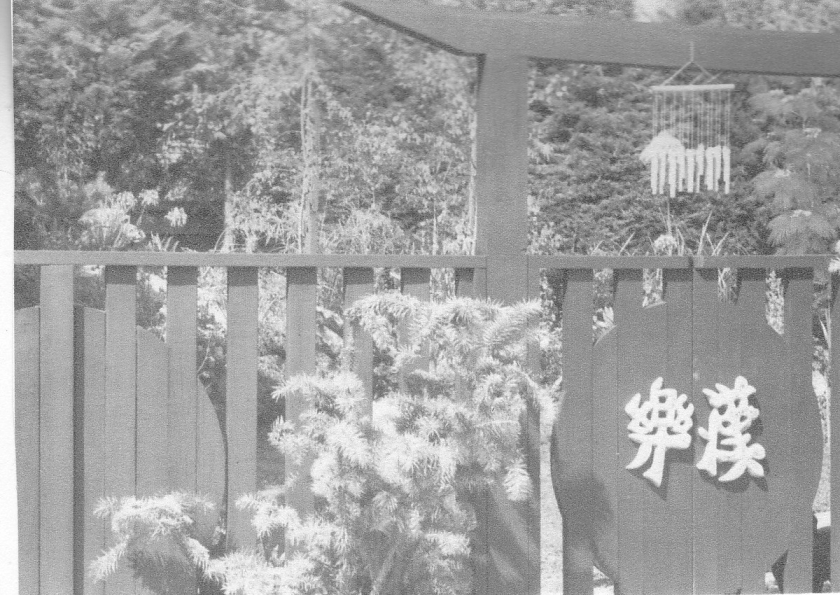 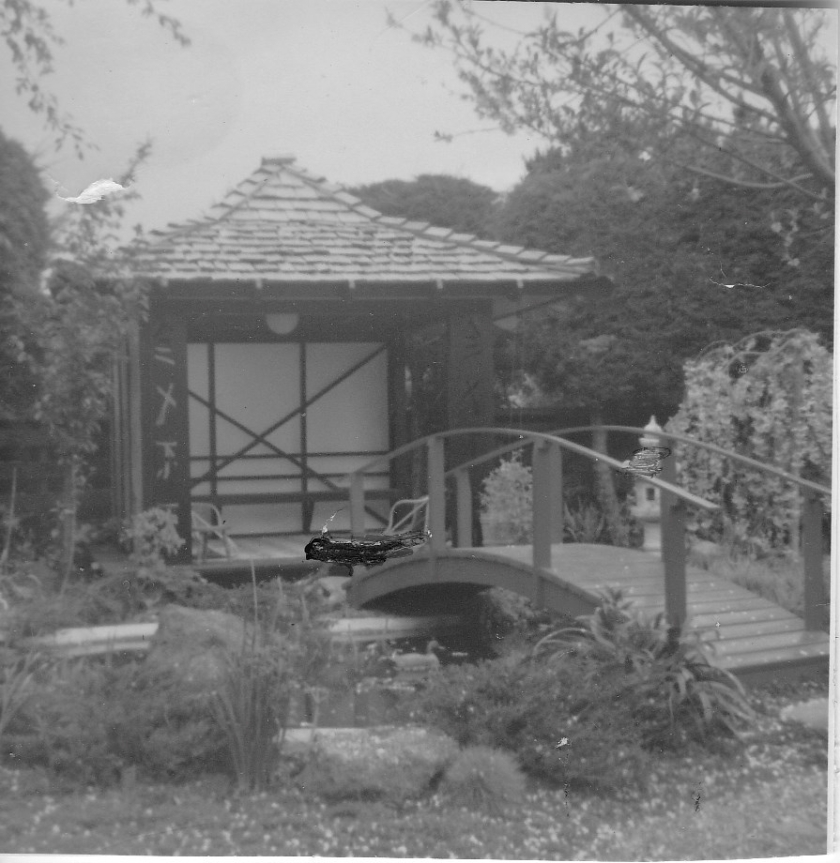 The bridge had a slight accident a few years later when it groaned under the stress of about 15 high school girls posing for a photo-op before graduation. Dr. A groaned a bit himself when he called home from a business trip and heard the news.

A visiting Japanese friend who came during a home and garden tour, said “It’s lovely now, but wait another ten years and it will be spectacular.” I visited it several years ago, and he was right.