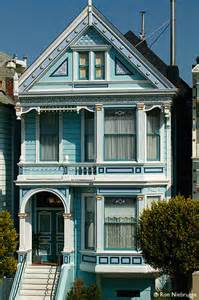 Our older cousin Peter Vic was a native San Franciscan and proud of it. There is a difference you know, in having been born there and just having moved in. Native San Franciscans remind you of the importance of that fact now and then. He was well-over six feet tall, with reddish hair and a huge grin which was often on his face. He loved people no matter where they came from, and like a good Dane, he was always ready for a good time. Though not a social activist, he had great concern for the disadvantaged.

He graduated from the University of California at Berkeley as a lawyer, though he never practiced, but instead started a small trucking company in San Francisco. His father, big Chris Svane, who had been a palace guard for King Frederick in Denmark, had been a partner in the early Rasmussen Brothers and Svane Trucking company, along with my father-in-law and his brothers, until he too began his own company. I think trucking must run in the Danish blood, I know my husband is very proud of his roots in the business.

Peter Vic knew all the interesting spots in the City, and seemingly all the interesting people, from the Palace Hotel to the docks, and everybody knew Pete. He occasionally treated us to an evening out on the town, which was pretty heady stuff for a newly married couple not too long out of their teens. He took us to Finnochio’s and Mona’s gay night clubs once, and we ate at the Gay Nineties a few times, which was a very old restaurant below street level, and where if you were brave enough, you could enter by sliding down a metal slide to emerge into the dining area! It was difficult to maintain your dignity while trying to maintain a certain degree of modesty. I celebrated my 36th birthday at a surprise party there, wearing a pair of Chanel shoes which had purchased for my own birthday present that day for $36.00, which believe it or not was pretty expensive at that time!

He was married seven times, but had only six wives, having tried it twice with one of the wives. The last wife was the only one with whom he had children. Wife number three was Genevieve, an actual countess, and the only one we saw occasionally. One of his wive’s had been married to the man who owned the famous racehorse Seabiscuit. After the seventh divorce, Pete made the naive admission that it might have been his fault that none of his marriages had worked out. It’s too bad too, because some of the women had been quite interesting.

There used to be a restaurant and bar called Pete’s Place, (no relation to Peter Vic,) which was tucked away somewhere in the City. We went there often. It was probably a speak-easy during Prohibition times. I remember it had high-backed private wood booths where you could snuggle in and have a small rendezvous if you had a mind to. On one evening Peter Vic, my husband and I were having a drink in the cozy little booth when in popped a very angry Genevieve wearing a gorgeous full length mink coat. Pete was a little embarrassed since he had forgotten to go home after work nor had he called her. His embarrassment accelerated, as did ours, when to all our surprise, as well as the other diners in the place, Genevieve threw open her coat to reveal that she was wearing nothing else but her birthday suit! After her performance, she turned and stormed out. It obviously supplied the entertainment for the evening, and a subdued Peter Vic.

On another occasion, long after they were divorced, and after Genevieve had married the man who had been the editor of the Stars and Stripes, a military newspaper during the War, she invited us to dinner at her apartment in the City. There were a number of very sophisticated guests, among whom was Richard Gump, of the venerable San Francisco Gump’s store. I remember that he was very kind to me, and took me around the apartment showing me the impressive art collection. He showed me one small oil of a South Sea scene complete with palm trees, and in my desire to appear more knowledgeable than I was, I said I thought it wasn’t very good, at which he laughed loudly and said he had painted it! Another of Life’s embarrassing moments.

Pete was a member of some of the old clubs in San Francisco, and one day shortly after we were married, he had taken my husband to the Bohemian club promising to pick me up for dinner later. I was to wait on some street corner and they would drive by and get me. The appointed time came and went, so to waste time,I went into the newspaper stand nearby and picked up a cooking magazine. My family were all plain cooks, and I was just beginning to learn to cook. I found a recipe for “Rabbit Ragout”, which sounded pretty exotic to me at the age of 20, but I thought I would give it a try. When the men finally arrived, I said I had found this great sounding recipe for “Rabbit Rag Out”, and Pete gently corrected me as to the proper pronunciation. I said I would try to make it and invited him to our little apartment the following week. I slaved all afternoon after work making the ragout, but true to form, Pete never showed up. It was the first and last time I made Rabbit Ragout.

Pete lived in a wonderful old Victorian home on Cook St. with a large carriage house in the back, where he would hold family holiday parties with a large tree at Christmas, and roast goose on the spit. A real old fashioned Danish Christmas celebration. The front door of the house was never locked, and there were always a number of cousins who for one reason or another, needed a place to stay and where they were always welcome, as was anyone Pete thought needed a place to sleep.

We were living in Washington when he passed away and his daughter called us asking where we thought he might like to be buried. My husband told her that he thought Pete would really like to be beneath his favorite lemon tree under his dining room window. Peter Vic was one of a kind.