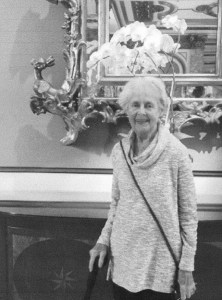 Most of my life has been accompanied by the smell of wet clay and oil paint, and I told most of my stories through that media while traveling between homes both in California and Washington state. We now live surrounded by rolling hills in Northern California where I am an artist, retired art teacher and writer.

Coming from a long line of potters, it seemed natural for me to become a clayworker. My ancestors were in the pottery business in England over 200 years ago, where they manufactured the glaze for the Doulton Company before it became Royal Doulton.

Dressing windows for various department stores in the Bay area along with teaching art at college level and helping run a small art gallery, kept life interesting and busy for a number of years.

I was introduced to Indian America by friends from both New Mexico and the Northwest, and as a result, have spent over 40 years traveling, working with other artists and painting and carving in those areas. Many years ago I was given the honorary name “Pacho Fa,” meaning Three Feathers, by the Pueblo people in Isleta, New Mexico, for which I am humbled.