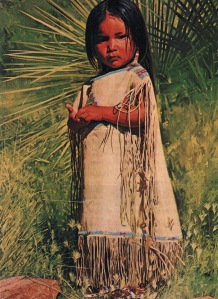 “Dressed In Her Best” oil painting by KSR

On a cold rainy day some years ago, we sat with our daughter in a charming small Mexican restaurant in Malibu, Ca. Malibu is notable for Pepperdine University and the Colony, which is a collection of homes on the expensive sand of the Pacific Ocean where many luminous or formerly luminous movie stars dwell. Sorry, but those who are star-struck or who merely wish to dip a quick toe in the ocean are prohibited.
They say that one of Johnny Carson’s prospective wives walked in front of his house a number of times until she was noticed. You see what persistence can bring?

On the particular day we were dining, my eyes were attracted to a pair of boots on a man who had just entered the restaurant. I did not look further than his legs which were bare. He was wearing a short raincoat over a pair of shorts even though it was raining. They were great boots and I remember that I had seen them on someone on TV awhile back. I guess I was staring at the boots, wondering how I could find a pair, when my daughter told me to stop staring; it was Larry Hagman!

It was the end of football season, and the USC-UCLA game was on the large TV in the back of the restaurant, so Dr. Advice went over to watch it. Our daughter assumed that he was on his way to talk to Larry Hagman and was horrified. “Oh no, he’s NOT going to talk to him is he?” Let it be known that though my husband is an energetic conversationalist, he would never be so crass as to purposely engage a local movie star in anything more than a nod of the head.

However, Mr. Hagman had chosen to watch the football game at the same time, and the two men had a grand conversation, mostly about their mutual love of fishing. His wife was also an artist and had painted fish scenes all over the plastic raincoat he had purchased at L.L.Bean. When he found that I was an artist, he came and insisted that we join him and his family and discuss my furnishing my husband with the same raincoat.

I found out that his very attractive boots were UGG boots which I had not heard of 15 years ago. The men traded good fishing spots, Dr. Advice sent him ajar of our fine smoked salmon, and we returned to our daughter and our lunch. Who said you shouldn’t speak to local celebrities? 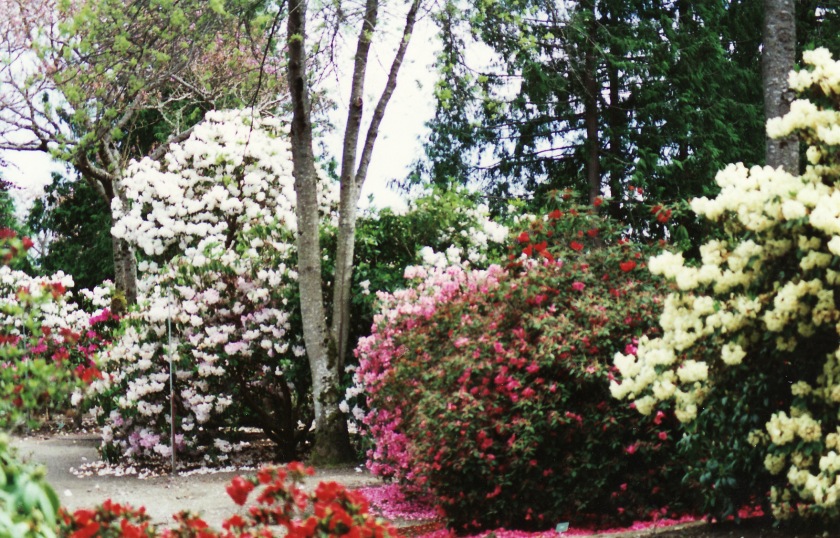 Give us a few days of sunshine and a bit of warm weather and the gardeners climb out of their comfortable chairs and set aside the seed catalogues to see what winter has wrought in the garden.

Time to check the gardening wardrobe. In case you are behind the times, gardening clothes have gone haute couture, adopting the English manor look for yard work, exchanging ratty jeans and worn-out old shoes and $400 waterproof utility jackets from Ireland, for English riding breeches tucked into $500 imported Wellies. After all, you may be outside in full view of the neighbors and you want to dress the part even if you’re only pulling a few weeds. They even have a tool belt you can sling around your waist that they advertise as “sexy”, and it’s “only” $58. It sort of identifies you as a gardener without looking too corny. Gosh, where have I been all these years? I always thought garening almost required you to get dirt under your fingernails.

I remember when I first saw the “boots”. We were having lunch at a small restaurant in Malibu when I saw the greatest boots I had ever seen. I had actually seen them on someone on TV a short time before and thought they were the cat’s pajamas, so when I looked up and saw them again on an actual person I flipped. Before I could ask where they got them, my daughter cautioned me by saying “That’s Larry Hagman, you can’t ask him!” Well, O.K., but my husband had gone into another part of the restaurant to watch a football game and so had Mr. Hagman, so I sauntered over and just happened to mention the boots. By the time I arrived, the two men had become football friends, and had exchanged pleasantries and addresses.

As it turned out, they were the first Ugg boots we had seen, and not too practical for garden wear, but his jacket, from L.L. Bean was a real keeper. His wife was also an artist and had painted fish motifs on the coat, which was warm and waterproof and cost about $75. It goes well with my ratty jeans, worn-out tennis shoes and baseball cap. And who cares what the neighbors think? 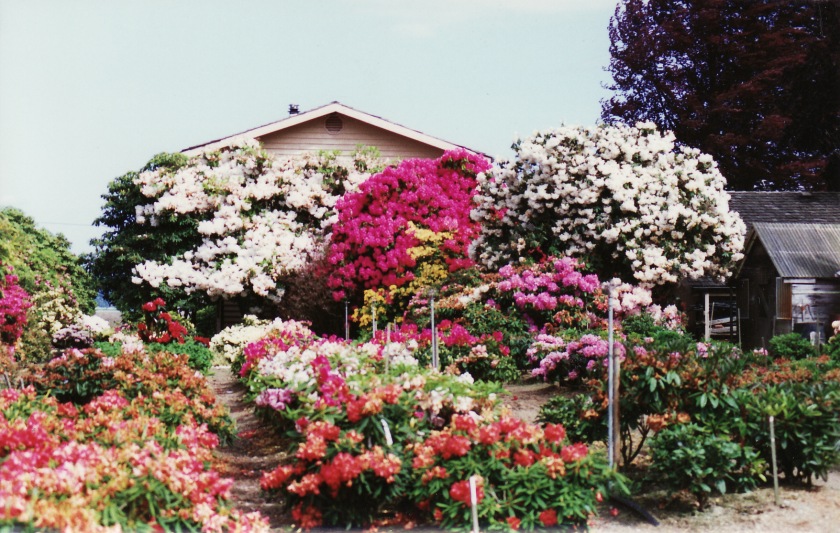